The Grote Kerk in Harderwijk dates partly from the fifteenth century (1435) when Harderwijk was a Hanseatic city. At that time, it served as a Roman Catholic church. The church is a cross basilica built in Gothic style with a tower. The tower collapsed in 1797 due to bad weather, and part of the nave was also lost. The tower was not rebuilt, but the lines in the church square show where it stood.

In 1503 there was a big city fire, in which the church was also affected. Many people who had fled to the 'safe' church were killed. The vault, too, was severely damaged. It was not until the middle of this century that the vault could be restored. The vaults were beautifully painted with biblical scenes by Ewolt van Delft. Special about the paintings are the, for that time, revolutionary characteristics; the religious movement was in the transition to Reformation. When in 1578 the Reformation also took place in Harderwijk, the church went from Roman Catholic to Protestant.

In the 1970s, the church was thoroughly restored and the unique vault paintings by Ewolt van Delft reappeared. For centuries, they had been hidden under many layers of chalk. To this day, you can admire the works of art when you visit the Grote Kerk, which is regularly open for viewing.

The church is freely accessible on opening days in the period from King's Day (27 April) to the autumn holidays. 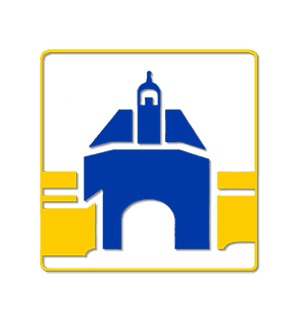 To the route
41 km | Province Flevoland

Around the Wolderwijd you will find perhaps the most varied landscape in the Netherlands: from water and polders to woods and sand drifts.

To the route
48 km | Province Gelderland

Tasting beer and eel near the Hoeve van Nunspeet