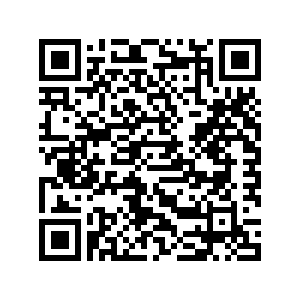 Barneveld is known as the centre for poultry farming. But how did that come about?

It used to be normal to keep a few chickens. The eggs that could not be used for their own consumption were offered as barter for other foodstuffs. In the late 19th century, there was an agricultural crisis, which meant fewer crops were available from the land. Farmers started keeping more chickens and so a large poultry industry emerged. The first large poultry farms emerged around 1900 in the Barneveld area.

In 1911, at the major Agricultural Exhibition in The Hague, the so-called Barnevelder was presented. This breed had a high egg production, which favoured poultry farms. In the following years, the Barnevelder became world-famous. When the 1928 Olympic Games took place in the Netherlands, the mayors at the time managed to mount a major campaign for Barneveld as an 'egg city'. This created great interest from home and abroad in Barneveld's products. All these events together ensured that Barneveld is unmistakably linked to poultry. In the Poultry Museum, you can find out much more history about chicken breeds, eggs and life as a chicken farmer then and now.

Did you know that no fewer than nine villages belong to the municipality of Barneveld? Most are small, rural villages and you will encounter some of them during this cycle route. You will cycle through Zwartebroek, Terschuur, Kootwijkerbroek and Voorthuizen. The route is a nice combination between the rural farming landscape and the beautiful nature of the Veluwe.

During your tour, you can discover the old crafts and history of this region in a number of places. In Terschuur, for instance, you can visit mill Den Olden Florus. The mill once started as a monastery mill between 1300 and 1400. It is no longer the same mill as it was then, but still the current mill dates back more than a century. You can buy artisanal miller's flour and baking mixes in the shop. Terschuur is also home to the Old Crafts & Toys Museum, voted the most fun outing of 2022! Here, young and old enjoy nostalgic games, shops, utensils and more. Of course, you can try out the toys of yesteryear yourself in the playroom.

Nijkerk has a beautiful historic centre, which is definitely worth getting off and looking around. Visit Museum Nijkerk, for example, and learn all about how this village came to be or get inspired in the creative attic.

This region has a lot to offer you. Nostalgic reminiscing and relaxing in nature is what you do with this cycle route.