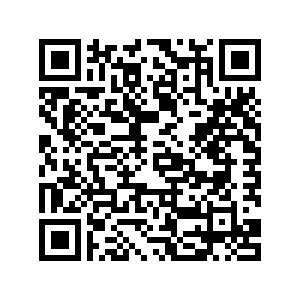 This cycle route takes you from the centre of Utrecht to two beautiful estates: Amelisweerd in Bunnik and Nieuw Wulven in Houten. Both have a noble history.

The name Amelisweerd probably originated from a mention of the knight Amelis miles de Insula, which is Latin for 'Amelis from the Weerd'. Knight Amelis had a worth along the Kromme Rijn on loan from the Proosdij van Oudmunster in Utrecht. This mention was as early as 1224. When the knight died, his sons split the estate into three parts. Two parts we now know as Oud-Amelisweerd and the other part became today's Nieuw-Amelisweerd.

The old part was recognised as a knight's court in 1537. When baron Taets van Amerongen took possession of the estate in the 18th century, he had a bridge built over the Kromme Rijn and expanded the estate with beautiful gardens. He built a mansion as a summer residence, which was again surrounded by beautiful parks. You can still see this today when cycling across the estate. in 1808, the estate was sold to Louis Napoleon, King of Holland, or the first king of the Netherlands. But he didn't use it for very long; after just over a year, the king sold the estate on. Meanwhile, the mansion is managed by Museum Oud-Amelisweerd and is in the Top 100 national monuments in the Netherlands.

The new part was actually a knight's manor before; in 1350, with the name Groenewoude. In 1538, it was again recognised as a knight's manor by the States of Utrecht. The estate had several owners in the centuries that followed, such as Hendrik van Utenhove, who had the medieval house demolished in 1682 and built the current manor house there. Since 1964, the building has been owned by the municipality of Utrecht, after which it became uninhabited. To the displeasure of a group of young people in the 1970s. They squatted the mansion and successfully: in the 1980s, on their initiative, the house was restored and made habitable with seventeen flats. Even today, this national monument is still occupied.

The forest and recreation area Nieuw Wulven is named after the former castle and knight's manor of Wulven, which was located near Houten. This castle was sold in 1827 to Baron Wijkerslooth de Weerdesteyn, who had it demolished five years later. Now, all that remains of the castle in this beautiful nature reserve is the island with its moat. A special part of the dense forest is the 'arch forest', where the trees form an arch. The other part is called the 'chamber forest', which is instead a straight forest with long sightlines.

The Rhine also used to flow here. The pond on Marsdijk is a reminder of this. Several archaeological finds have been made in the area, for instance a Roman mask. A statue of this mask can be seen at the entrance to the estate. Via signposting, park furniture and other objects, attention is also paid to traces and finds from other periods of history.

Get to know beautiful historical estates from a bicycle with this route, a relaxing day of cycling around Utrecht!