Cycle route along the Fortress Triangle 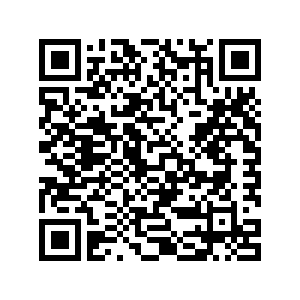 Cycle route along the Fortress Triangle

The Fortress Triangle consists of the fortified towns Gorinchem, Zaltbommel and Woudrichem and the fortresses Fort Vuren and Slot Loevestein. Start your cycle route from the TOP in Gorinchem. This town was declared the most beautiful fortified town of the Netherlands in 2021.

In the thirteenth century, Gorinchem had developed into an important trading town through craftsmanship and its strategic location on the river Linge. Ships came to and fro to buy the merchandise on the market of Gorinchem. This success did not go unnoticed and the states of Holland and Gelre wanted Gorinchem to become part of their empire. There was a fight and finally Holland won. Everybody was happy and could live well. Until the time of the Reformation. The Catholics left the city in a hurry and the Sea Beggars took over Gorinchem at the beginning of the Eighty Years' War. The city was reinforced and optimally secured, thus the fortress came into being.

Fort Vuren is hardly noticeable when you cycle past it. The tower is walled in by a high green wall that had to protect the fort against heavy artillery. In the nineteenth century, the fort was very important for the New Dutch Waterline, but it was also used later. At the end of the Second World War, it was a prison for some 500 traitors. Nowadays, the place is open to everyone and you will receive a warm welcome.

Continue cycling along the water and let the cultural history sink in, while you enjoy the beautiful nature. Cycle over the bridge to the other side of the Waal and become acquainted with Fortress Zaltbommel. This city was situated on the border of Brabant and Gelre and was therefore constantly under the pressure of an erupting war. Zaltbommel was therefore strictly protected. Nobody could leave or enter the city unnoticed. Eventually, Zaltbommel was liberated from the Duchy of Gelre by Maarten van Rossum. Some call Van Rossum a plunderer and others say that he was a freedom fighter. Visit the City Castle in Zaltbommel, immerse yourself in history and form your own opinion about this man.

At the place where the Waal and the Maas rivers meet, stands the most famous castle in the Netherlands, Slot Loevestein. It is no coincidence that this castle is located at this strategic point. In the Middle Ages, an enormous amount of toll was collected here. The castle was later occupied by the Spaniards and, after a fierce battle, conquered by the Sea Beggars. They built ramparts and dug a moat around the castle. Loevestein was also used as a prison and Hugo de Groot ended up here. Get off at the castle and find out how he managed to leave the prison unseen.

The last stop of the Fortress Triangle is Woudrichem. This town was part of the Old and New Dutch Waterline. In the defence of the city, the river Waal was used to keep the enemy at bay. This often went well, but often the city also had to suffer from war and conquest. This is still visible in the fortress.

All the places that you encounter along the way each have their own history. The participation in the first Dutch Waterline is what connects these places to this day. The waterline was not only there to defend the land, but also to control the water and prevent flooding. In all the fortress towns, you will notice that the violent past goes hand in hand with the peaceful present. Stroll around the picturesque streets and enjoy a pleasant terrace. How times can change!

On the website riveer.nl you can buy a Vestingdriehoek day ticket for the ferries on the way.